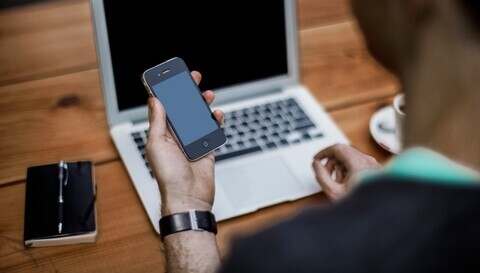 Beginning in September 2021, aggressive threat actors have targeted multiple Voice-over-IP (VoIP) communication providers with a campaign of high-impact DDoS extortion attacks. These attacks incorporate a range of UDP reflection/amplification and application-level DDoS attack vectors which have disrupted VoIP services for organizations unprepared to mitigate the attacks.  In many cases, adversaries attempted to pressure targeted organizations into making crypto-currency extortion payments in exchange for ceasing the attacks.  This Threat Summary includes recommendations for successfully mitigating these attacks.

Beginning in September of 2021, multiple providers of Session Initiation Protocol (SIP)/Real-time Transport (RTP) VoIP services globally reported that their respective networks and service delivery infrastructures were being targeted by DDoS extortionists. In early October, the cadence of DDoS extortion attacks increased globally, with both wholesale and retail VoIP providers targeted

While in many cases emailed DDoS extortion demands are never viewed by their intended targets due to poor email address selection on the part of the attacker, it appears that over the course of this particular attack campaign, due diligence has generally been exercised in identifying email mailboxes which are likely to be actively monitored by targeted organizations.

Successful DDoS attacks against wholesalers of SIP/RTP VoIP services can significantly impact organizations which resell these services at the retail level. Disruption of SIP/RTP VoIP services retailed to end-customers such as enterprises, governmental entities, et. al. can result in the inability to deliver critical products and services, including emergency response, medical care, etc.

The collateral impact of UDP reflection/amplification attacks is potentially quite high for organizations and individuals whose misconfigured servers/services are abused as reflectors/amplifiers. This may include partial or full interruption of mission-critical applications and services, as well as additional service disruption due to transit capacity consumption, state-table exhaustion of stateful firewalls and load-balancers, etc.

DDoS attack traffic can be mitigated via the implementation of industry-standard best current practices (BCPs) such as situation appropriate network access control policies; network infrastructure-based reaction mechanisms such as flowspec; and intelligent DDoS mitigation systems (IDMSes) such as NETESCOUT Arbor Sightline/TMS and AED/APS.

Collateral impact to misconfigured, abusable servers/services leveraged as reflectors/amplifiers by attackers in order to launch DDoS attacks can motivate network operators and/or end-customers to remove or remediate affected systems.

Traceback of spoofed DDoS attack traffic to its ingress points by network operators and subsequent implementation of source-address validation (SAV) can prevent attackers from launching both reflection/amplification and spoofed direct-path DDoS attacks.

All relevant network infrastructure, architectural and operational BCPs should be implemented by SIP/RTP VoIP operators.

SIP/RTP VoIP operators should implement situation specific network access control policies via stateless ACLs on hardware-based routers and/or layer-3 switches. Wherever possible, stateful firewalls and/or load-balancers deployed northbound of SBCs and SIP/RTP PBXes should be removed; if these stateful devices cannot be immediately removed, they must be protected against DDoS attacks in the same manner as the SBCs and SIP/RTP PBXes sited behind them.

DDoS defenses for all public-facing internet properties and supporting infrastructure should be implemented in a situation appropriate manner, including periodic testing to ensure that any changes to organization’s servers/services/applications are incorporated into its DDoS defense plan. Organic, on-site intelligent DDoS mitigation capabilities should be combined with cloud- or transit-based upstream DDoS mitigation services in order to ensure maximal responsiveness and flexibility during an attack.

flowspec can be used by network operators to mitigate both UDP reflection/amplification DDoS attacks and SIP/RTP application-layer DDoS attacks. It is important to ensure that reaction access-control list (ACL) stanzas propagated via flowspec are configured in such a way to minimize the risk of overblocking.

It is imperative that organizations operating mission-critical public-facing Internet properties and/or infrastructure ensure that all servers/services/application/datastores/infrastructure elements are protected against DDoS attack, and are included in periodic, realistic tests of the organization’s DDoS mitigation plan. In many instances, we have encountered situations in which obvious elements such as public-facing Web servers were adequately protected, but authoritative DNS servers, application servers, and other critical service delivery elements were neglected, thus leaving them vulnerable to attack.

All potential DDoS attack mitigation measures described in this Summary MUST be tested and customized in a situation appropriate manner prior to deployment on production networks.

Finally, organizations must never pay DDoS extortionists, because they will continue to attack and demand larger payments, and other threat actors will learn of the payments and attack organizations known to have made extortion payments to attackers.